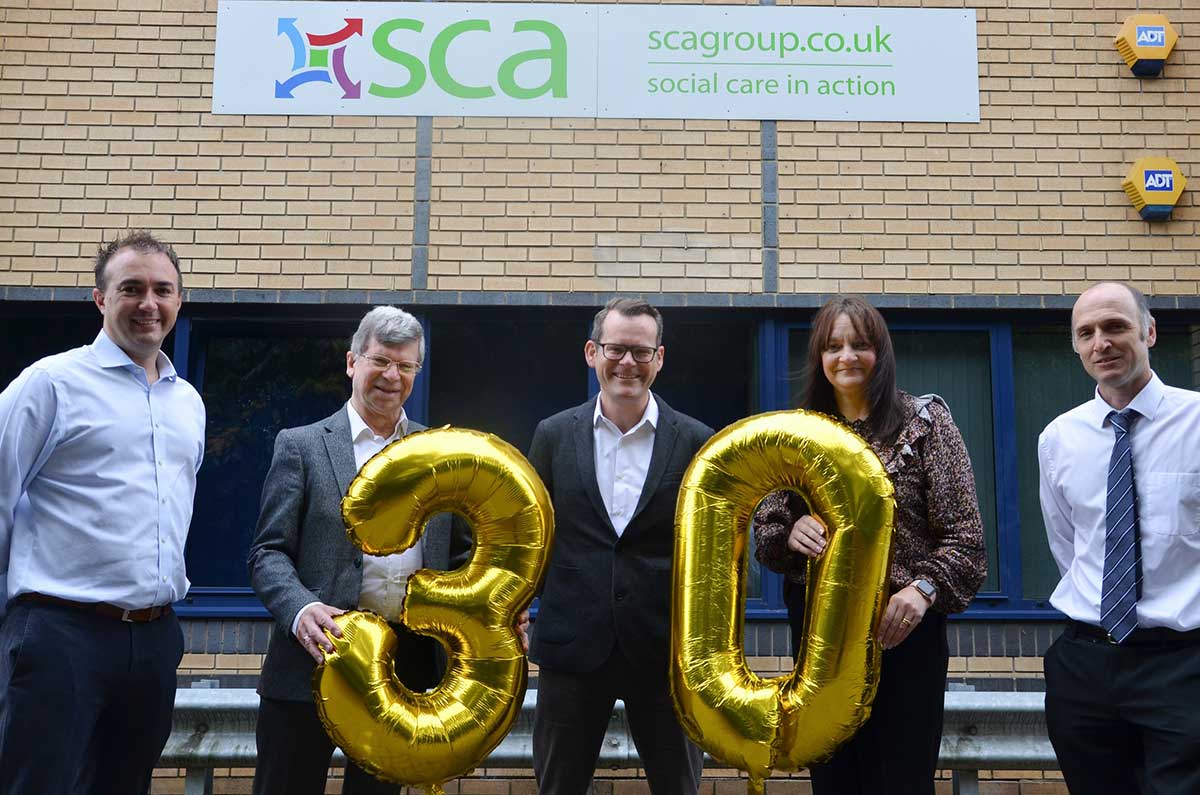 We’ve officially kicked off our 30th anniversary celebrations this week (November 1-5, 2021) during a national awareness raising event for charity trustees.

Dan Freshwater, our CEO, explains: “We owe so much to everyone who has been part of our journey to this point, be that team members, volunteers or trustees. They all deserve a big ‘thank you’. But we’re particularly indebted to our trustees who are accountable for everything we do and take on a great deal of responsibility, legally, for the organisation in an unpaid capacity. Without them, we would not be able to function and support those in our community who vitally need our help.

“I think it’s fitting that we’ve been able to launch our 30th anniversary celebrations in national Trustees’ Week, as they have played such a significant role in our creation, development and ongoing success.

“SCiA has achieved a great deal since its inception. We’re working hard to continue in our pivotal role providing services in Southampton and Hampshire communities, meeting the needs of residents, delivering care, health, transport and counselling services. We’ve numerous initiatives in place for the future and are looking forward to announcing many of these in our 30th anniversary year, which will run until the end of October 2022.”

Our services are a mix of publicly commissioned ones and those directly purchased by residents in the area.

As a social enterprise, we reinvest any profit back into our services to ensure we can continue to support the communities we’re involved with.

Our Chairman of Trustee’s Les Judd, who has been volunteering for us, across our different boards, for nearly 20 years, says: “We’ve had challenging times and joyous ones, and we’re kept motivated by those who we help, the lives we change for the better and the life chances we improve for people from disadvantaged situations. Plus, we’re also buoyed up by the employment we provide for our now 200 staff and volunteers.

“Our 30th anniversary is a tremendous achievement and is a result of all the hard work of everyone who has been involved with the organisation at all stages in its development so far.

“We’re indebted to our teams and those who volunteer for us and donate their time freely, including my fellow trustees. Together we’re able to provide the wonderful services that we do and to positively touch the lives of thousands of people each year.”

For further media details, please contact Porcupine PR on 01278 446801 or email Rachel@porcupinepr.co.uk. Dan and Les are happy to be interviewed and can be contacted via Porcupine PR.

SCiA started out as Southampton Care Association, and was incorporated in 1991, providing domiciliary care, day care and transport services in Southampton. When its care service provision moved into East Hampshire, the New Forest and Dorset too, its name was changed to SCA Community Care Services, and in 2011 it became SCA Care.

In 2001, the Transport division became a separate company, SCA Support Services, with its name changing to SCA Transport Services in 2011.

In September 2002, a new company was formed – The Quinn Centre – to provide in-house/external training for the care sector. In 2011, it became SCiA and the ‘parent’ company of the group, and the training division became part of this until it ceased to exist in 2018. In 2007, SCiA acquired Fenwick Hospital and Options Wellbeing Trust joined the Group in 2016 as a subsidiary. Then Steven James Counselling also joined as a subsidiary in 2019.

Are you an existing home care worker or support worker looking for a change?
Do you want to use your expertise to help people come home from hospital?